I have been staring at a blank screen on my computer for the better part of an hour now thinking of something clever to write.  It’s sad, but true.  Quite often, I have so many topics of things I would love to write about ready to go; subjects or opinions that I am rather passionate about tucked away inside my head.  I suddenly felt the urge to write today, so I grabbed my computer and a cup of Earl Grey tea and ran out to the front porch of my mother-in-law’s house in Watford, Ontario.  I had the feeling I was in for, what I thought, would be a fantastic writing session.

But here I sit……my mind quiet.

I can’t help but laugh a little at the thought.  My mind is usually firing on so many cylinders that I try to focus on the nothingness in an effort to bring some level of peace to brain.  It works most of the time.  It also often leads people to believe that I am disinterested or shy, when that is not necessarily the case either.  And just to be clear, this is not me suppressing or ignoring items in my brain, I just need to process them in a specific way and over a certain length of time.  This leads to things like a 2 month process in choosing which type of laptop to buy.  I like to let things percolate.  I am not usually an impulsive being.

And yet, here I sit……my mind quiet.

One of the things I’ve discovered lately is that writing has a profound and positive impact on the state of the jumble that is in my head.  It’s an exercise and a time when I can dump some of these ideas and thoughts onto a piece of paper or a word processor and see them in some physical or true form.  This was probably not the best way to describe it but I can’t seem to find the words to properly convey what I mean to say.  Regardless, it will have to do for now.  This blog is only one such tool I have been using in this fashion.  Over the last 2 months, I have begun work on writing a work of fiction; I someday hope to publish this work as a book.  I am also dabbling with some ideas to write a short or one-act stage play.  While the book is already a work in progress, this play itself is still an idea in its infancy.  I won’t say more on these for the time being; I’m holding these projects close until I feel the time is right to share them.  All you need to know is that they fill with me with excitement and help push me forward.  I still have tons of ideas for these projects.

With these works ongoing, here I sit……my mind quiet.

I’ve often found that my mind tends to be at its “jumbliest” when I’m at work.  For the last few years I’ve worked a few jobs across two different companies.  Each of these companies have been good to me in their own way and I have met with a fair amount of personal success in the positions I have occupied.  For some reason, however, my brain never wanted to fully cooperate.  I always tended to look at myself as an outsider doing a job for the company rather than a member of the organisation itself.  I’m not exactly sure why that is.  I feel like I was good at my job.  Sure, I had moments where I could be a royal pain in the ass – who doesn’t have those?  But I never got comfortable.  I never allowed myself to click in fully.  I always felt on edge.  My brain was working overtime.  I froze.  A moment of clarity came when I was doing some volunteer work with the Fort McMurray SPCA.  Something clicked.  I felt useful and wanted to be useful.  One day of volunteering became 4 weeks of volunteering.  I was sweaty, tired and sore.  I was helping people.  I was helping families.  I was happy.  That’s the moment I realised I’ve been working the wrong kind of job.

Thanks to this realization, here I sit……my mind quiet.

I am now looking down at my computer screen and I notice that it is not a blank screen anymore; a screen filled with words, thoughts and ideas has somehow replaced it.  The tea I had been sipping on earlier has been replaced by a glass of water and the porch I was sitting on has been replaced by my bedroom in Fort McMurray.  Nearly 2 weeks have passed since I started this exercise.  Sometimes it can take me as little as an hour to write something for my blog.  Other times, such as this, it can take much longer.  It might even surprise you to know (or not) that there are several items I have written that will never see the light of day.  Just because I am not posting does not mean I am not writing.  In all honesty, one of the biggest mistakes a writer can do is buy into the idea of “writer’s block.”  I don’t like this term at all.  It’s a cliché.  I hate clichés.  The only reason a writer gets writer’s block is because they chose to stop writing; it has nothing to do with running out of ideas.  I like to believe that this entry can serve as an example of that; that something can come out of nothing.

The same thing can be said for my volunteer experience.  Something that started as a relatively simple commitment turned into so much more; the SPCA made me a job offer and I am happy to report that I started on Monday.

And so, here I lie……my mind quiet, but also far from silent. 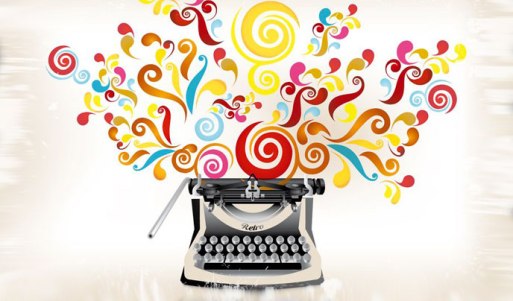 View all posts by CJ Bowers

© CJ Bowers and The CJBuzz, 2015-2021. Unauthorized use and/or duplication of this material without express and written permission from this site’s author and/or owner is strictly prohibited. Excerpts and links may be used, provided that full and clear credit is given to CJ Bowers and The CJBuzz with appropriate and specific direction to the original content.